If you arrived at this web-page by googling “what is heterosexual food?“, I’d just like to say:

I hope you enjoy my home-page!

And perhaps find the answer to your question. 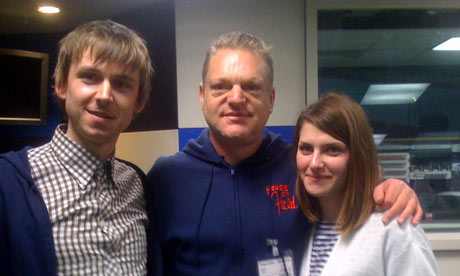 mostly because her name sounds like a Martin Amis character’s name. She also has nice hair

I accidentally shat in breadstixxxx’s oatmeal just now. I am going to go to jail on tax fraud. Jail is going to suck so badly, I’m worried.

THE GREATEST INTERNET POET OF ALL TIME:

why didn’t I buy this book directly from SPD when I was in Chicago?

My thoughts about “B. Francis’s new band” TBD. it’s not in bad taste that his wife is channeling kim deal, because… kim deals not dead. this single sorta sounds like “seether.” scratch it, she’s channeling Veruca Salt. I feel like I am very far from home, and I miss all my old homies, except I am at my desk, I am sitting at work, I am right where I should be — what gives, Lord?

at the Center for Curatorial Studies/
Hessel Museum of Art there is a show that opens this Sunday, April 19th.

I TRIED TO GO FOR A RUN THIS MORNING BUT MY KNEES HURT TOO BADLY AND SO I RETURNED HOME, frustrated and incensed, by which I mean I smelled like incense, because on the way home I broke into my neighbors’ house and stood in billowing sheathes of sheaving, heaving sweetsmoke——————the neighbors had like eighty sticks of Nag Champa going and were rutting on a half-oval throw rug in their living room. I just stood there gaping, gasping in my running shorts as I watched them heave and cleave each other into beauty. Into futureshards. Into babes. (Fuck you????)

[ANDREW: MAYBE DELETE THIS LAST PARENTHETICAL “FUCK YOU”? SOME READERS WILL THINK IT’S AIMED AT THEM, AND WILL MAKE THEM LESS INCLINED TO WANT TO GIVE SEXUAL FAVORS TO THE NARRATOR, WHO — IF I’M READING THIS CORRECTLY — IS REALLY A STAND-IN FOR YOU. AND I FIGURE THAT YOU’RE NO DIFFERENT FROM ALL OF US, WHICH IS TO SAY, CURRYING CURRIED SEXUAL FAVORS (PUMPKIN CURRY? LOL) IS THE MAIN GOAL IN LIFE. THAT, AND THE FEEDING OF THE HOMELESS, CLOTHING OF THE NAKED, POUNDING THE UNPOUNDABLE, AD. INF.]

Returned home and, though I haven’t packed anything in my room yet, absently, spookily took all of my food out of the pantry and fridge while simultaneously preparing a pb and honey sammnitch, which I ate absently while  filling a filthy milkcrate I found on the street with all the foods, which are a bogus accumulation of things I never eat: the jar of tahini from the one time I made baba ghanouj out of my ex-roommate’s ex-wife’s gigantic, near-rotten gift eggplant; the brown-rice miso paste I bought because I want to be like Stephen Dixon, who makes himself miso soup sometimes in his stories (see I.); the sherry vinegar I bought because I thought it would give me a shot at curried sexual favoritude with Deborah Madison.

Carried the filthy milkcrate full of sherry, black sesame seeds, and unused powdered milk to my new home. Started to walk to work, began getting drenched. Ducked into new local coffee shop. Drank a cup of decaf, worked for a while. Got bummed out, got a free refill with regular. Did more “work.” It stopped raining. Went to work. (Fuck you??????)

Sometimes I walk by a restaurant and want to go in even though I’m not hungry.

Today I had the same feeling toward a laundromat. It was the wash-fold place The Bone used to go to. I had an urge to go in and pick up a heavy parcel of clean, folded laundry.  I was relatively far from home and didn’t have any clothes to bring them. My hangover feels like it’s frozen under a huge block of translucent ice, like that dinosaur in Travel in the Mouth of the Wolf.

p style=”text-align:left;”>Yesterday I ran a 10k. I ran it in 49:38.0. I placed 81st. I am mostly posting this here so that I remember my time for the future, so I can beat this time. I am happy with this time, I ran hard, wasn’t hung over, almost yakked crossing the finish line. I think I am going to try not to drink coffee within an hour of racing in the future. I think that may have had something to do with the yak-feelings. Operation: Do Not Be Humiliated by my Athletic Family in November is proceeding according to plan! I went out too fast. It was hot. Talk to you later,

END_OF_DOCUMENT_TOKEN_TO_BE_REPLACED

I ate a tuna melt and waited an hour then ran 12 miles. The thing happened again where I assume an hour is enough to digest a tuna melt but even 4 miles in it’s still with me. The line from Wordsworth often gets stuck in my head when this happens:

The world is too much with us

but I replace world with tuna melt or burrito or whatever. Anyway, no burrito can survive more than 7 miles, and so things were fine by the time I was headed home. Except the tuna melt also pushed me past my civil twilight deadline and my glasses were falling apart and the part of the glasses that were falling apart kept fogging up so I’d have to very, very gingerly wipe them off, each time worried the lens was going to fall out, all of which made it difficult to, you know, focus on running, which alternately doesn’t require any focus whatsoever and requires a really huge amount.

I remember when I ran cross country in high school, after a run my teammate Michael Chang asked me how things went for me and after I replied, can’t remember what I said, he sort of challenged me and said yeah, right, you were watching TV the whole time, implying that I wasn’t focusing on improving my time or my form but rather was indulging the psychotic freeform acid-refracted 80s sitcom that cycles through the tableau of my imagination while I run. Chang, good teammate that he was, had a good point. I absolutely was watching TV the whole time, distracting myself from the tedium and pain of running. Our coach at the time, Tom Foster, one of the greatest teachers/people I’ve ever met, a buddhist/Boston/angelheaded math teacher (hung upside down every morning in one of those batman machines and cycled saline solution through his nasal cavity; heavy Boston accent; impish humor alongside highly developed code of ethics; rakish/debonair/ET CETERA, a true role model, I felt guilty when Alex and I dragged him to see Breaking the Waves in the theater, afterwards he said “I like to monitor what I put into my consciousness”; this sentiment in anyone else enrages me, protecting yourself from art, come on, but Tom made it sound reasonable, like we’d just taken him to a restaurant that wasn’t up to code) — — – — ANYWAY contrast teammate Chang’s comment on TV-running with Tom’s (plainly Buddhist) cross-country running coaching: If you’re feeling pain, don’t think “my leg hurts” or “I’m in pain”. Think of it with less attachment: there is pain. How interesting. Reminds me of (more high school!) how in Spanish you don’t say “my hand”, you say “the hand”: duele la mano. Anyway so one needs to balance a presence of mind wherein you’re focused on performance and what’s around you so you don’t sprain your ankle or snub the sunset (was lovely tonight I was at Ocean Beach as Civil Twilight expired) but not so… “with the world” that one takes every stomach cramp personally and moans and bemoans etc etc. It’s a balance.

I ran six miles yesterday. Before that, nothing at all for about two weeks, except for four miles from my pal’s apt. in Greenpoint, Brooklyn, to McCarren Park, around the track a bunch of times, then back, in the rain. I’ve fallen off schedule pretty hard, but today am back and hopefully will be able to return to form without injury or insult.

The Log of the S.S. The Mrs. Unguentine is sort of like if Samuel Beckett had written Mating at sea. I’m doing the thing I do with novels I love, I think I did it with Mating, too, actually, where I postpone the last two pages a long time after reading the whole thing in a relatively short time. I need to be in the perfect frame of mind to finish it?? I am a precious little Pelican??

Ed Park’s forthcoming Personal Days is completely awesome. Making me laugh aloud again and again. Tearing through it, being mean to my friends in order to be alone again to keep reading. There’s just as much punning and hilarious ekphrasis (or whatever is the Greek word for fictional office satire within a fictional office satire) as I could have hoped for.